In Pictures: The 1968 Baltimore Riots 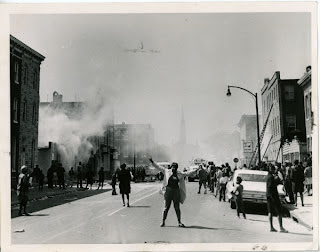 The assassination death of American civil rights leader Martin Luther King Jr. on April 4, 1968 sparked riots in more than 100 American cities.
The Baltimore riot started on Saturday, April 6th (timeline), then Maryland Governor, Spirow Agnew, called out thousands of National Guard troops and 500 Maryland State Police to quell the disturbance. When it was determined that the state forces could not control the riot, Agnew requested Federal troops from President Lyndon B. Johnson.
By the time the riot was over, 6 people would be dead, 700 injured, 4,500 arrested and over a thousand fires set. More than a thousand businesses had been looted or burned, many of which never reopened. Total property damage was estimated at $13.5 million (1968$).
Decades after the riot, many inner-city neighborhoods in Baltimore and across the nation are still trying to recover from the impact of the riots that occurred almost 4 decades prior. For many cities, the King Riots triggered massive white flight and continued disinvestment in the inner city.
Here are some images of the 1968 Baltimore Riots. Let us know what your opinions are of the impacts that riots had on American inner-cities. 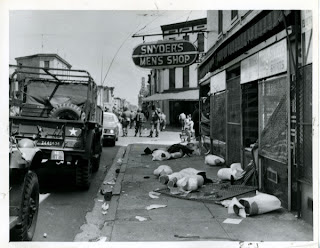 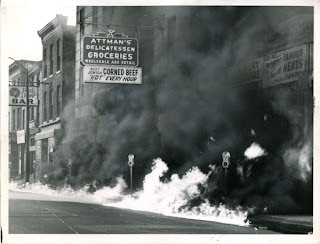 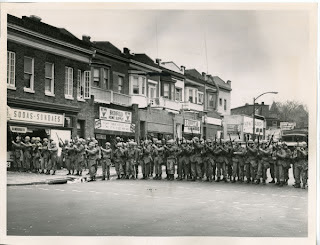 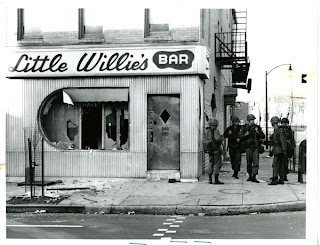 Click here for footage of the riot.
Posted by Toure Zeigler at Thursday, December 20, 2007

It is sad & understandable that the black people rioted for the death of a great leader like Martin King...pain was in their hearts and in their minds but if they listened closely violence was not what Dr.King was about.....God forbid anything to happen to Obama