Failing does not make us a failure. But not trying to do better, to be better, does make us fools. © Tavis Smiley in The Other Wes Moore

In today’s world it is easy to be cynical and apathetic about how our society is ran and how government functions. There maybe no more of a cynical bunch then city planners who are bureaucrats that seek to better society but are beholden to the whims of politicians and the demands of the public. Our best laid plans are often dissected and watered down to the point where our plans become either ineffective or benefits the few instead of the many. As city planners we take a lot of losses. Major decisions often do not bend in our favor or are seriously compromised. Our last stances in principle are often overturned and our successes in planning are often held in contempt and questioned until they bear fruit.

With so many compromises, defeats and failures it is easy to have apathy about the whole entire job. For me personally, I have struggled to care about the day-to-day grind and the smaller issues about planning after my Father’s passing. Because it becomes easier not to care. It becomes easier to justify that your decision just would have ended up as a failure anyway so why try to fight for this small battle. Why not focus my energy on the larger, more important issues than fighting the powers that be on every small battle. Of course, the error in this thinking is that once you start self-compromising your positions and beliefs you are left no better for it and most importantly the people you represent are left no better for it.

But even with that knowledge, it’s a day-to-day struggle to fight “the good fight.” It’s a cliché but there is so much honor and respect in knowing someone fought the good fight, day in and day out. I never truly understood the meaning of fighting the good fight until I had to think back about my Father’s life and the later part of his career. My Father had various jobs throughout his career. He was a radio and newspaper editor, a broadcaster, a salesman and an insurance agent. In all of those jobs he was successful and received awards for his hard work and talent. But those successes still could not fully cover the bills for his young family. So he created his own business in (the best way I could describe it) money marketing accounts. He wanted to find the best solution to find wealth not only for his family but for others as well.

My Father’s business did not meet the success he had previously found in his other jobs. The business hardly made any sufficient income and his original investors slowly faded away from the business and my father over time. But my Pops ever the eternal optimist, never lost faith in his business or vision despite many setbacks and failures. After every setback, he would regroup and try to find another way or another option until all options were exhausted. He never stopped working or researching ways to try to find a solution to wealth and independence for his family and others. Now did my family and I question his methods? Of course we did, repeatedly but it was his vision and he never stopped trying to find us that big pay day. Even until the end. He fought a good fight. His vision never materialized and his business by all means failed. But he fought and encouraged everyone he knew to try to do better and to be better…and we were the better for it.

Failing does not make us a failure. But not trying to do better, to be better, does make us fools. Learning how to fail and fail better is a tough lesson to learn. Because in this job and in life, there will be way more losses than victories. For any young planner, it’s an abrupt change considering you have to be successful to even get the job. It’s like being a top draft pick from a big time successful university and then have to play for the worst team in the league. In our over-the-top, P.Diddy inspired culture were you have to be successful to matter, the idea of accepting mounting losses or failing better is unthinkable. So we as young planners become frustrated. We wonder why even bother playing the game. My answer is that we play to matter and to make the people, the public we work for, matter. Because to not fight and let our bitterness and apathy consume us for what we consider small and petty issues would create further distrust and disenfranchisement from the public. To not fight creates chaos, which would make all of us fools.

Sometimes we are put into positions in which we fail and we may not have success but we are left to fight the good fight. And my Father just taught me that.
Posted by Toure Zeigler at Monday, July 12, 2010 1 comment: 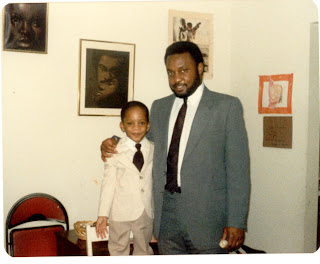 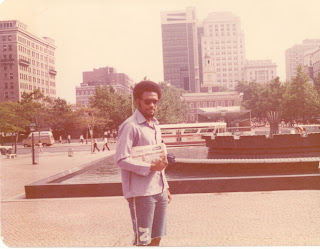 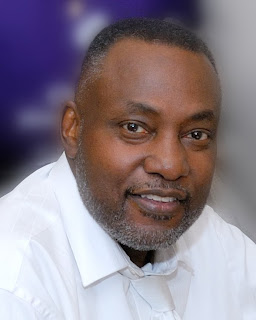 This post is dedicated to my Father,
Donnell Zeigler
Posted by Toure Zeigler at Wednesday, July 07, 2010 No comments: