Is Government about fixing problems?

Visit msnbc.com for breaking news, world news, and news about the economy

This is a great video comparing governments efforts to pass Civil Rights and Medicare and the current passing of the Healthcare bill. While this video is not about city planning it does affect everyone and brings up the question that we as planners face everyday, are we in charge of fixing problems? Obviously I believe that we are but there is a large segment of people who feel that any government planners are obtrusive. That's why I feel the question of whether government is about fixing problems is a great question to ask.

March 22: Rachel Re: Rachel Maddow points out the way that the health reform debate clarifies the difference between conservatives and liberals and asks, "Do you want a government that does something or don't you?" Hell no you can't, or Yes we can?
Posted by Toure Zeigler at Tuesday, March 23, 2010 2 comments:

Posted by Toure Zeigler at Saturday, March 20, 2010 No comments:

Labels: Around the World, Brazil, Travel

This is a 10 minute documentary on the gentrification of Seattle's Central District. This video focuses on the recent targetting of the Hidmo Eritrean Cuisine restaurant.

This is a video made for a research project about the Central District of Seattle based on the music video and lyrics for "Home" by Jake One featuri...

This video was made solely for educational purposes with all sources properly cited and given credit.

The streets of Seattle

A Day in New York City

The Sandpit is a video composed of 35,000 tilt-shift photographs taken in New York City. Director Sam O’Hare said:
"I have always loved time-lapse footage, and films like Koyaanisqatsi especially, which allow you to look at human spaces in different ways, and draw comparisons between patterns at differing scales. I also really liked the tilt-shift look of making large scenes feel small, and wanted to make a film using this technique with New York as its subject. "
Original Music: composed by Human, co-written by Rosi Golan and Alex Wong.

Grin, a Chilean artist who has been active for more than a decade. Grin combines his passion for graffiti with another urban discipline: architecture. He practices both in enormous murals that play with depth and texture, and sometimes they merge with the structure of the building itself: 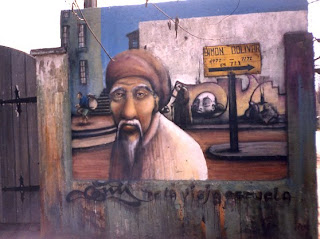 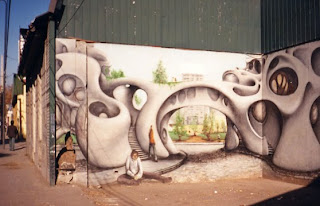 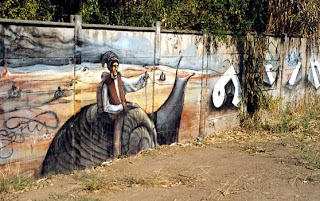 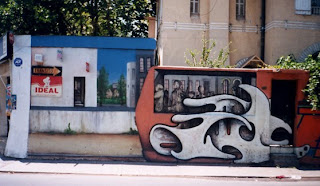 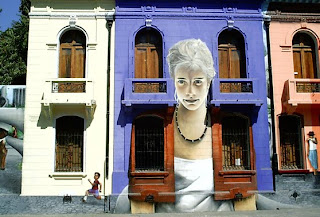 Labels: Around the World, Art, Inner-city

Diego Rivera was a Mexican painter and muralist born in Guanajuato City, Guanajuato. Studied painting in Mexico before going to Europe in 1907.While in Europe he took up cubism and had exhibitions in Paris and Madrid in 1913; he then had a show in New York City in 1916. In 1921 he returned to Mexico, where he undertook government-sponsored murals that reflected his communist politics in historical contexts.
.
His personal life was as dramatic as his artwork. In 1929, he married Kahlo who was roughly 20 years younger. The two had a passionate, but stormy relationship, divorcing once in 1939 only to remarry later. She died in 1954. He then married Emma Hurtado, his art dealer. Rivera died of heart failure on November 24, 1957, in Mexico City, Mexico. Rivera's talent for historical murals and his tributes to earthy folk traditions made him one of the most influential artists in the Americas and one of Mexico's most beloved painters. 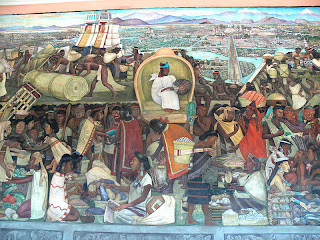 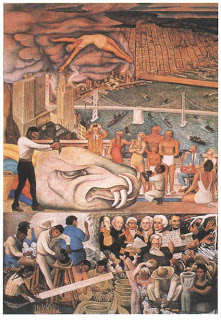 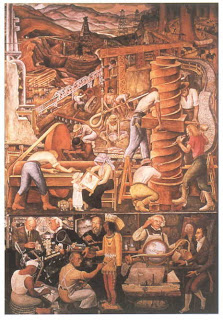 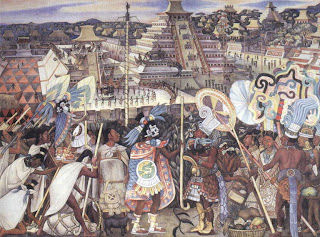 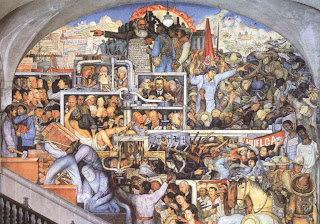 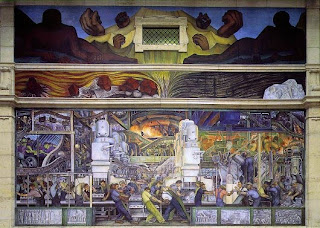 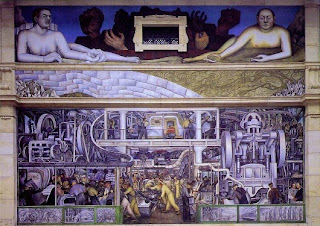