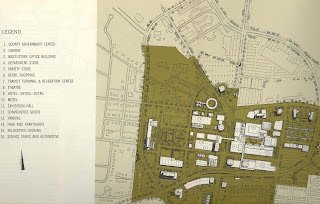 The Redevelopment Plan
The images that you are about to see below are scans of an old 1964 Towson Redevelopment and Rehabilitation Commission Plan for a vision of Towson in 1975. The plan included a reconfiguration of streets, land uses and public spaces with some spectacularly bad 1960's International-style designed architecture.
.
Overall, the plan is very bold and there are some good features to the plan. Fortunately this planning vision did not take hold but I do have to say after viewing other redevelopment plans for Towson, a lot of times the planners proposed great plans that would have positively impacted the Towson core if the political will was there. Unfortunately, as planners we are proposing the same common sense plans as the planners before us had did in the previous decade. However the plan your about to see below is not a plan that we wish to duplicate.
.
I remember an Urban Studies professor I had was grilled by one of my classmates to name one positive, concrete thing he did when he was a city planner. He paused and then stated..."I stopped a lot of bad plans."
. 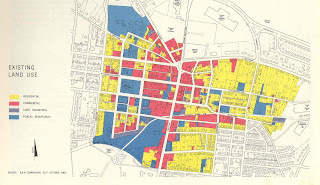 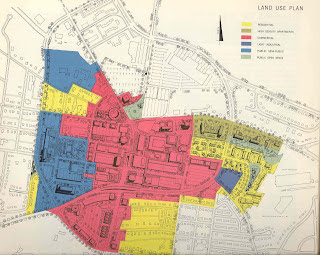 Proposed Land use map. As you can see from the map, the vision for Towsontowne Boulevard (minus the bridges) and Bosley Avenue came from this plan. 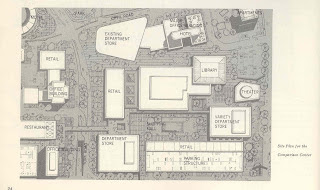 A transect of proposed buildings in the core 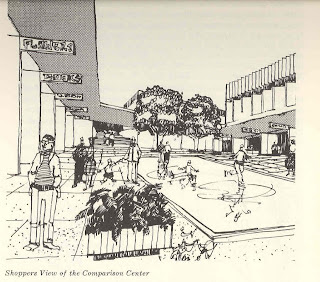 View of the plaza east of York Road 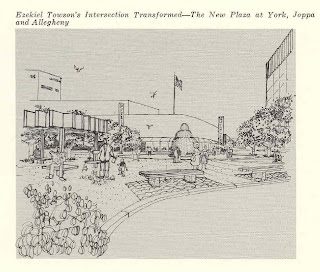 Image of what would be Towson Circle today 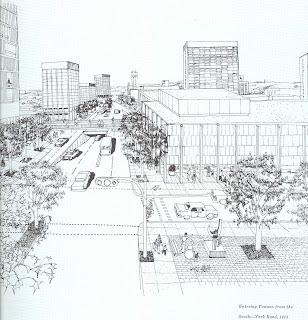 View of York Road from the south. Notice the tunnels for York Road going toward the Towson Circle. The tunnel is reminiscent of the tunnel found in downtown Rockville, MD. 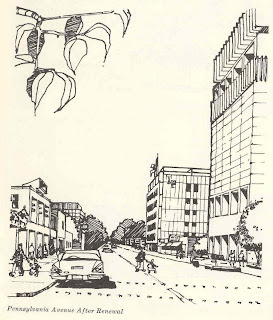 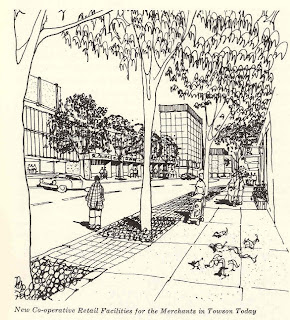 View of retail shops. This picture is pretty accurate to what Towson looks like today. 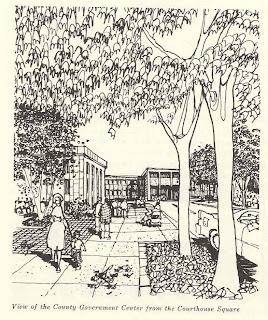 View of the proposed government complex and public plaza 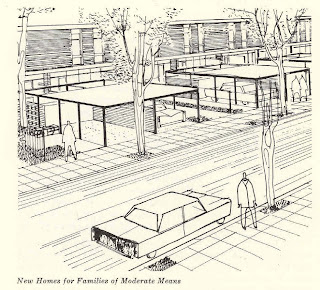 View of proposed moderate income housing. The plan sought to eliminate the neighborhood of East Towson due to blight. East Towson is currently a Nationally registered historic district which is comprised of descendants of the enslaved people of the nearby Hampton Mansion.

Love it, love it. Going through all these old plans has been very interesting, esp seeing if any of them actually went through, even partially.

Yeah, even though this was a bad plan because it would have created superblocks, it was interesing to see that Towsontowne Boulevard and Bosley Avenue came out of this plan