The Streetscapes of Jacob Lawrence

Born in Atlantic City, New Jersey in 1917, Jacob Lawrence emerged as one of America's leading figurative artists and the first to document the history of African Americans through widely-viewed and influential artworks. Lawrence and his family moved to Harlem in 1924, where he experienced the vibrancy of black intellectual, cultural, and artistic life in what was seen as the Harlem Renaissance.
Here are some images of Lawrence's paintings of Harlem street scenes.
Tell us what you think and what is your favorite streetscape by Lawrence.
1. Harlem Street
2. This is Harlem
3. Street Scene
4. The Ice Man
5. Harlem Scene 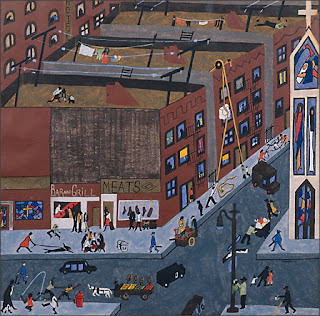 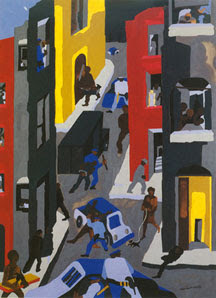 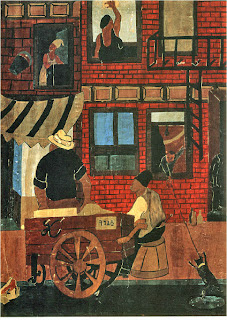 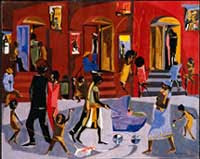 "This is Harlem" and "Harlem Street" are my favorite paintings by him of cities. "Harlem Street" kind of reminds me of the bright colors that you see in the Favelas of Rio De Janeiro

I would have to say I prefer "The Iceman" and "Harlem Scene."

I'm not quite sure how to verbalize how or why they appeal to me.