The Jetsons and New Urbanism

The Jetsons in Orbit City
The other day I was reading an article about how Dubai planners wants to employ New Urbanist principles for new developments. I couldn’t help but think that Dubai, a skyscraper wonderland, reminded me of Orbit City, the fictional futuristic utopian city from the cartoon show, The Jetsons. Both cities are made up of super-tall skyscrapers surrounded by “highways” (Orbit City’s highway was in the sky). Neither city had much a street life and residents were forced to take singe-serving transit to get their most basic needs. The cities also featured a high-tech, upper middle class or luxury lifestyle that excluded the working class. While Dubai had transient shantytowns for all their construction workers and the working class, the Jetsons entirely replaced low paying jobs with robots. Although I always wondered if there was some Orbit City housing project just out of view…or did the poor live on the ground while the rich lived in the sky. 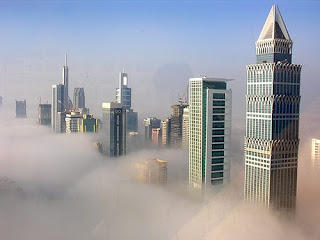 Dubai in the clouds

As a city planner, the most striking thing about these two cities in their quest to become futuristic utopias is there lack of advancement in human connection and planning. How ironic is it that the creators of The Jetsons created a technologically advanced society that innovated everything except human interaction with each other and the places they live. When it came to concepts such as building to human scale and livability, Orbit City was based on a 1960’s planning construct of highways and separate land uses. So while the physical tasks of everyday life had become advanced in Orbit city, human development had not.

One would think that future real life utopias would be more advanced in their planning for human scale and place greater emphasis on how people live versus how we travel and accomplish tasks. Sadly are new utopias are still being planned off the same 1960’s construct of sporadic dense development along highways with no consideration for public transit. For as spectacular and glamorous as Dubai is, the city is not walkable and lacks grand pedestrian streets and boulevards that are full of life, activity and vitality. Just like Orbit City, the best way to view and experience the grandeur of Dubai is from afar. 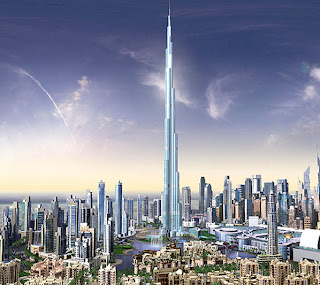 The proposed Spire Tower in Dubai. The Spire would be almost a mile tall.

The irony for Dubai is that it is located near the cradle of all civilization where the first towns and cities of the world were developed. 3,000 thousand years later, the awe-inspiring futuristic city is now trying to employ some of the same developmental principles of the region’s past ancient cities.
In fiction and in reality, technology cannot advance how we plan and regulate our cities. Technology can help us plan more efficiently and construct buildings faster and quicker then ever before but it can not advance human interaction…in most cases it only diminished interaction. For all the great gadgets that Elroy Jetson had, he had no park to play with his dog. No matter how advanced we become as a society in out communications system, our healthcare system or any other system, technology can not advance a walk to a local grocery store from your house or a stroll in a park in your neighborhood. The Jetsons may have had everything they wanted…except a real community.
Posted by Toure Zeigler at Tuesday, March 10, 2009

Labels: Around the World, New Urbanism, The Future

That's a real interesting parallel. I guess there was no recession in the Jetsons world.

Interesting thought. New Urbanism is the way of the future.