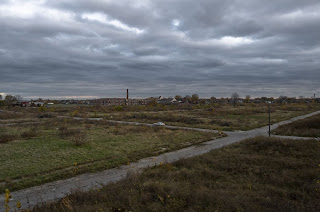 I have never been to Detroit but I always have a fondness for cities like it because they will never be what they once were. I primarily grew up in Baltimore and spent a lot of time in Philadelphia so I understand what it feels like to see a city past it's glory years. No matter how much time as planners we spend to make our overall city environments better, we know that the factories that helped build our towns and cities and the factory workers who lived in them, are not coming back. The barren industrial landscapes are not only eyesores but they continue to decay into decrepit architectural skeletons.
.
While others mock Detroit's struggles or just write it off as a forgotten city, I have great sympathy for a city which helped create our modern way of life. A large part of who we are and how we define ourselves was built off of Detroit Labor and for that I don't feel it is right that we turn our back to the city now that it is struggling. I understand that we are a free market capitalist society and that industries come and go and it is up to cities to plan better for it's peaks and valleys. I am also certain that the city and state governments as well as the major car companies did not have a proper plan in place for the city's future and in those respects, the city was destined to fail. But ask yourself, on a historical level, where would we be as a country, without Detroit?
.
Detroit was a great American industrial jewel that we are allowing to crumble like the ruins in Rome. The only catch is that Detroit has not been deserted. Among these industrial ruins is the nation's 11th largest city where over 900,000 people reside. Our nation's forgotten major city is still larger then the cosmopolitan cities of San Fransisco, Boston, Seattle and Washington D.C. While we can never bring Detroit back to what it was 50 years ago, we can still transform the city from a once great industrial city into a great historical city and not watch city turn into a ruin from a far. 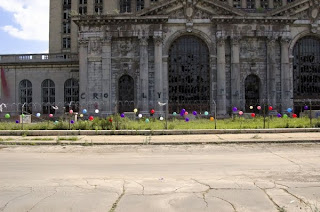 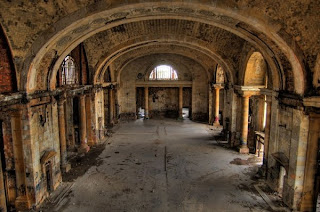 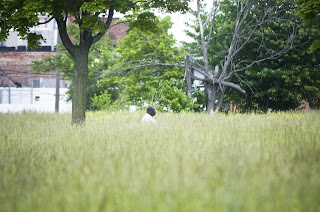 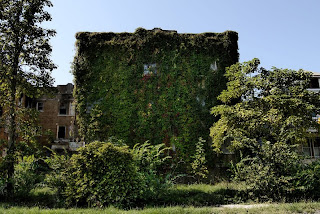 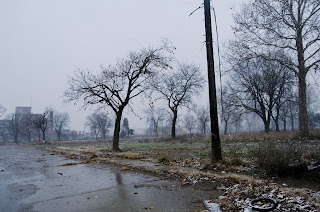 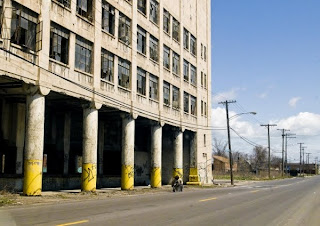 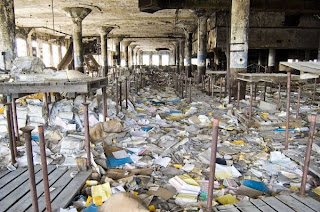 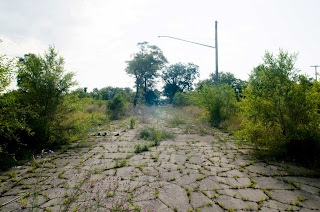 "Despite the ugliness that is inherent in these photos: the ugliness of poverty, the tragedy of loss, and waste, this building still lets us glimpse something beautiful. In Detroit this beauty is uniquely sustained. In other cities, buildings like this would be turned into luxury loft condominiums. They would be knocked down so that something new could be built in their place, their contents dragged off to a landfill and forgotten. Here we get to see what the world will look like when we're gone. We see that the world will indeed go on, and there is a certain beauty to nature's indifference."

I grew up in Baltimore. Now I live in Detroit. When I go "back home" and hear people complain about Baltimore I want to shake them. They should spend a day driving around Detroit, which as you said, is quickly turning into farmland. I'm seriously considering planting corn in one of the vacant blocks next summer.

The problem begins with 40+ years of corruption like they never showed on The Wire. One current city council member was paying $6 a year in property taxes. Another has been caught taking bribes galore. A former police chief was caught with $150,000 in cash stored in his kitchen ceiling.

The problem continues because so many people have moved out that there's no one left to pay taxes. That, coupled with the enormous geographic footprint of Detroit, means the city can't afford basic services like snow plowing, trash collection much less street maintenance.

My plan is to subdivide Detroit into small towns based on school districts. Just the small downtown section of Detroit would remain. May the Urban Planning Gods hear my plea before I retire and have to sell my house.

I ride my bike extensively around Detroit - I blog about it here: http://tourdehood.wordpress.com
You might enjoy it.

I've heard about the corruption that's been going on in Detroit recently. John Conyer's wife made a lot of headlines as well as youtube clips for her behavior on the city council.

As far as subdividing Detroit into smaller disticts, I think that is an idea that may pick up steam in other cities across the nation in the future. I remember last year a columnist for the Philly Inquirer proposed breaking up the Philly school districts into four parts and combining the city districts with the four bordering counties to share resources.

Misterarthur, thanks for linking your blog, I will check it out.